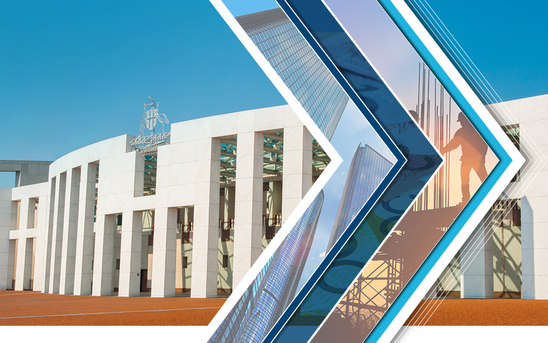 Billed as a Budget for families with a focus on relieving short-term cost of living pressures, Treasurer Josh Frydenberg’s fourth Budget also has one eye firmly on the federal election in May.

At the same time, the government is relying on rising commodity prices and a forecast lift in wages as unemployment heads towards a 50-year low to underpin Australia’s post-pandemic recovery.

While budget deficits and government debt will remain high for the foreseeable future, the Treasurer is confident that economic growth will more than cover the cost of servicing our debt.

The Australian economy continues to grow faster and stronger than anticipated, but the fog of war in Ukraine is adding uncertainty to the global economic outlook. After growing by 4.2 percent in the year to December, Australia’s economic growth is expected to slow to 3.4 percent in 2022-23.https://tradingeconomics.com/australia/gdp-growth-annual

Unemployment, currently at 4 percent, is expected to fall to 3.75 percent in the September quarter. The government is banking on a tighter labour market pushing up wages which are forecast to grow at a rate of 3.25 percent in 2023 and 2024. Wage growth has improved over the past year but at 2.3 percent, it still lags well behind inflation of 3.5 percent.https://www.abs.gov.au/media-centre/media-releases/annual-wage-growth-increases-23

Net debt is tipped to hit an eye-watering $715 billion (31 percent of GDP) in 2022-23 before peaking at 33 percent of GDP in June 2026. This is lower than forecast but unthinkable before the pandemic sent a wrecking ball through the global economy.

The big improvement in the deficit has been underpinned by the stronger than expected economic recovery and soaring commodity prices for some of our major exports.

Offsetting those exports, Australia is a net importer of oil. The price of Brent Crude oil prices has surged 73 percent over the year, with supply shortages exacerbated by the war in Ukraine.https://tradingeconomics.com/commodities Australian households are paying over $2 a litre to fill their car with petrol, adding to cost of living pressures and pressure on the government to act.

With the rising cost of fuel and other essentials, this is one of the areas targeted by the Budget. The following rundown summarises the measures most likely to impact Australian households.

As expected, the Treasurer announced a temporary halving of the fuel excise for the next six months which will save motorists 22c a litre on petrol. The Treasurer estimates a family with two cars who fill up once a week could save about $30 a week, or $700 in total over six months.

Less expected was the temporary $420 one-off increase in the low-to-middle-income tax offset (LMITO). It had been speculated that LMITO would be extended for another year, but it is now set to end on June 30 as planned.

The extra $420 will boost the offset for people earning less than $126,000 from up to $1,080 previously to $1,500 this year. Couples will receive up to $3,000. The additional offset, which the government says will ease inflationary pressures for 10 million Australians, will be available when people lodge their tax returns from 1 July.

The government will also make one-off cash payments of $250 in April to six million people receiving JobSeeker, age and disability support pensions, parenting payment, youth allowance, and those with a seniors’ health card.

Self-funded retirees haven’t been forgotten. The temporary halving of the minimum income drawdown requirement for superannuation pensions will be further extended, until 30 June 2023.

This will allow retirees to minimise the need to sell down assets given ongoing market volatility. It applies to account-based, transition to retirement, and term-allocated superannuation pensions.

A further 50,000 places a year will be made available under various government schemes to help more Australians buy a home.

There is also a new Regional Home Guarantee, which will provide 10,000 guarantees to allow people who have not owned a home for five years to buy a new property outside a major city with a deposit of as little as 5 percent.

The government is expanding the paid parental leave scheme to give couples more flexibility to choose how they balance work and childcare.

Dad and partner pay will be rolled into Paid Parental Leave Pay to create a single scheme that gives the 180,000 new parents who access it each year, increased flexibility to choose how they will share it.

In addition, single parents will be able to take up to 20 weeks of leave, the same as couples.

One of the Budget surprises in the wake of the Aged Care Royal Commission findings was the absence of spending on additional aged care workers and wages.

Instead, $468 million will be spent on the sector with most of that ($340 million) earmarked to provide on-site pharmacy services.

The Pharmaceutical Benefits Scheme (PBS) is also set for a $2.4 billion shot in the arm over five years, adding new medicines to the list. PBS safety net thresholds will also be reduced, so patients with high demand for prescription medicines won’t have to get as many scripts.

And as winter approaches, the government will spend a further $6 billion on its COVID health response.

As the economy and demand for skilled workers grow, the government is providing more funding for skills development with a focus on small business. It will provide a funding boost of $3.7 billion to states and territories with the potential to provide 800,000 training places.

In addition, eligible apprentices and trainees in “priority industries” will be able to access $5,000 in retention payments over two years, while their employers will also receive wage subsidies.

Small businesses with an annual turnover of less than $50 million will be able to deduct 20 percent of the cost of training their employees, so for every $100 they spend, they receive a $120 tax deduction.

Similarly, for every $100 these businesses spend to digitalise their businesses, up to an outlay of $100,000, they will receive a $120 tax deduction. This includes things such as portable payment devices, cyber security systems, and subscriptions to cloud-based services.

With an election less than two months away, the government will be hoping it has done enough to quell voter concerns about the rising cost of living while safeguarding Australia’s ongoing economic recovery.

The local economy faces strong headwinds from the war in Ukraine, the cost of widespread flooding along much of the east coast, and the ongoing pandemic.

Much depends on the hopes for the rise in employment and wages to offset rising inflation, and the timing and extent of an interest rate rise by the Reserve Bank.

If you have any questions about any of the Budget measures, don’t hesitate to call us.

Information in this article has been sourced from the Budget Speech 2022-23 and Federal Budget support documents. It is important to note that the policies outlined in this publication are yet to be passed as legislation and therefore may be subject to change.